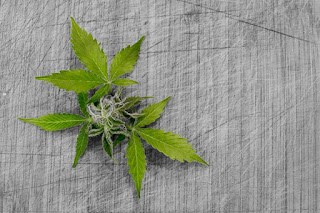 READ
HOW EXCESSIVE SPORTS CAN BREAK A WOMAN’S HYMEN

Cannabis can kill cancer cells and shrink one of the most serious types of brain tumours, new advice reveals.
The National Institute on Drug Abuse in the US has admitted, in its revised publication on marijuana, that the drug offers benefits to some cancer patients.
The report states: ‘Recent animal studies have shown that marijuana extracts may help kill certain cancer cells and reduce the size of others.
‘Evidence from one animal study suggests that extracts from whole-plant marijuana can slow the growth of cancer cells from one of the most serious types of brain tumours.
‘Research in mice showed that these extracts, when used with radiation, increased the cancer-killing effects of the radiation.’
The term medicinal marijuana refers to using the whole unprocessed plant or its basic extracts to treat a disease or symptom.
Currently the drug is not recognised by the US Food and Drug Administration (FDA) as a medicine.
However, studies of the chemicals in marijuana – cannabinoids – has led the FDA to approve two medications that contain cannabinoid chemicals.
Currently two cannabinoids, of around 100, are of medical interest – THC and CBD.
THC increases appetite and reduces nausea. It may also decrease pain, inflammation and muscle control problems.

CBD is a cannabinoid that does not affect the mind or behaviour. 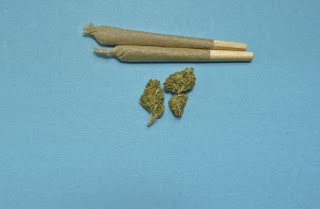 Scientists are also conducting clinical trials and preclinical studies into the effects of marijuana on:

The new advice from the National Institute on Drug Abuse comes as a group of senators put pressure on the US federal government to recognise the medicinal value of the drug.
The Compassionate Access, Research Expansion and Respect States Act was introduced in March.
It proposes moving cannabis from a schedule I to a schedule II drug, recognising it has some medicinal value.
The proposed bill does not, however, legalise marijuana in all states, but permits states to set their own policies, the Daily Caller reported.
‘It couldn’t be any clearer that marijuana has medical value,’ Tom Angell, chairman of the Marijuana Majority, told The Daily Caller.
‘When even NIDA and the surgeon general are acknowledging that marijuana can help people who are suffering, it is time for the Obama administration to reschedule the drug.
‘The attorney general can initiate that process today, and there’s no reason for him not to, especially when polling shows that such a huge majority of Americans supports medical marijuana.’
Twenty-three states in the US currently have laws legalising the use of marijuana in some form.
Four states – Colorado, Alaska, Oregon and Washington – have legalised the drug for both medicinal and recreational use.
Meanwhile, California, Nevada, Arizona, New Mexico, Montana, Minnesota, Michigan, Illinois, New York, New Jersey, Delaware, Maryland, Connecticut, Rhode Island, Massachusetts, Vermont, New Hampshire, Hawaii and Maine have laws allowing people to use the drug for medicinal purposes.
[JOIN US ON TELEGRAM!!!]