DO IT YOURSELF (DIY)

HOW TO MAKE A SOYA BEAN MILK

HOW TO MAKE A SOYA BEAN MILK – ZIGIHOW.COM.NG

What is a soya bean?
Soya bean milk or soya bean milk is a plant-based drink produced by soaking and grinding soybeans, boiling the mixture, and filtering out remaining particulates. It is a stable emulsion of oil, water, and protein. 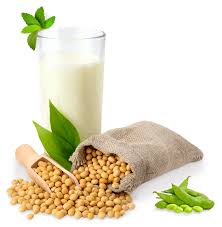 Soya bean was first noted in the 3rd century BC, soy “wine” in the 4th century, and a tofu broth (doufujiang) c. 1365 amid the collapse of the Mongol Yuan. As doujiang, this drink remains a common watery form of soya milk in China, usually prepared from fresh soybeans.

2. Then remove the skin, soak the soya beans again in a hot water for over 2-3 hours, then grind into a container.

3. And mix 2 cups of water with milk and pour on the soya beans, then mix.

4. Use clean clothes to sieve it very well.

5. Put the grinded soya beans in a clean pot and boil for some minutes, during boiling remove foam from the top and drop it from heat.

6. Add 1 1/2 cups of sugar,4 caps of vanilla essence,2 sachet of pineapple flavor, leave it to cool.

7. Put in a bottle and seal, keep it in fridge to chill for better drink.

The 6 Best Body Lotions For Base Cream

How To Formulate A DIY Cream For Varicose Veins